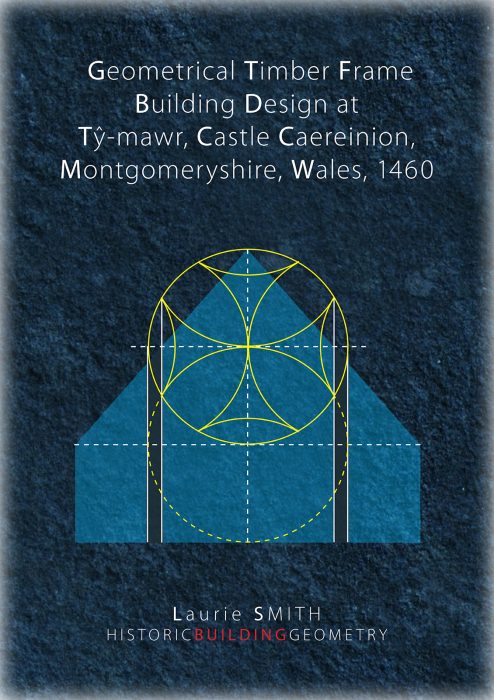 CONTENT The timber framed aisled hall Ty-mawr was built at Castle Caereinion in Montgomeryshire in 1460. 540 years later, after it's slow decline from a house of significant social status to a working barn clad in corrugated iron, the house was repaired in the year 2000. During the archaeological phase of the project a small geometrical symbol was found race knife scribed into the interior face of the building's north eastern aisle post. Analysis of the symbol and explorations of its design potential eventually led to a full geometrical reconstruction of the building's plan, section, long elevations and timber characteristics. During its long life, the building's aisles had been lost but the nave remained largely intact. Rebuilding the missing aisles in green oak and the introduction of underfloor heating led to severe shrinkage of the spere truss quatrefoil braces, with visually disastrous consequences.