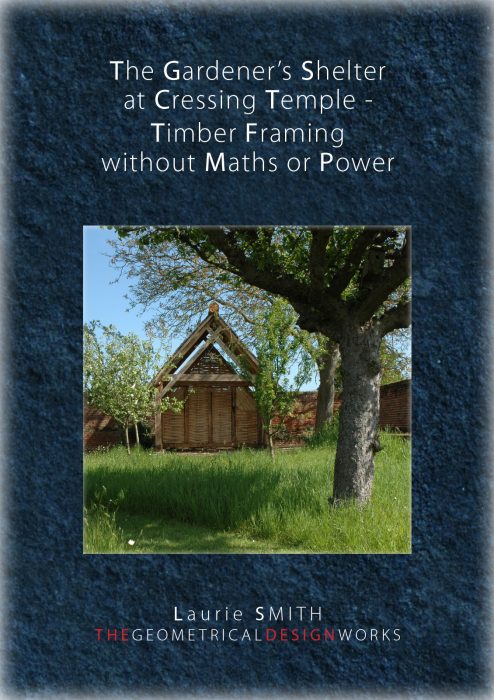 CONTENT Cressing Temple, which is owned by Essex County Council, is home to Europe's two largest surviving 13th century timber-framed barns, the Barley Barn built in 1220 and the Wheat Barn built in 1260. An Elizabethan farmhouse and walled garden, with nowhere to shelter if the heavens opened, came later.The Gardener's Shelter was erected in the walled garden after a week long practical geometrical design and timber framing course run by the UK Carpenters' Fellowship in conjunction with Essex County Council (who supplied the locally felled oak). With modern rulers and power tools banned, the project was run using manual 13th century carpentry methods. The building's geometry was set out directly on the ground and plumbed up into the timber layups by twenty carpenters, from Canada, the USA, Scandinavia and the UK, who cut the frame using only hand tools. The text describes the project from concept to completion.

PAPERBACK EDITION Prices include postage for a single copy