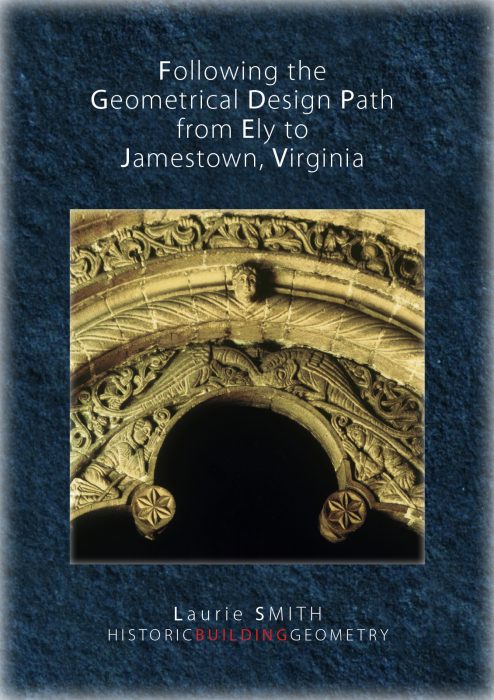 CONTENT Geometrical analysis of Ely Cathedral's nave floor revealed a triple daisy wheel construction that defined the overall proportions of the nave and, with an angular sub-geometry, the locations of the cylindrical and compound piers of both arcades. Further analysis revealed that the boundary proportion of the Ely nave could also be found in a range of other buildings, the largest the Barley Barn, built by the Knights Templar at Cressing Temple in Essex in 1220 AD and the smallest in Prior Crauden's Chapel in Ely where the triple daisy wheel proportion was used to regulate the design of two geometrical tile panels on the altar dais. The proportions were also found in Jamestown, Virginia where the Governor's timber framed house was built by carpenters from the Suffolk area.