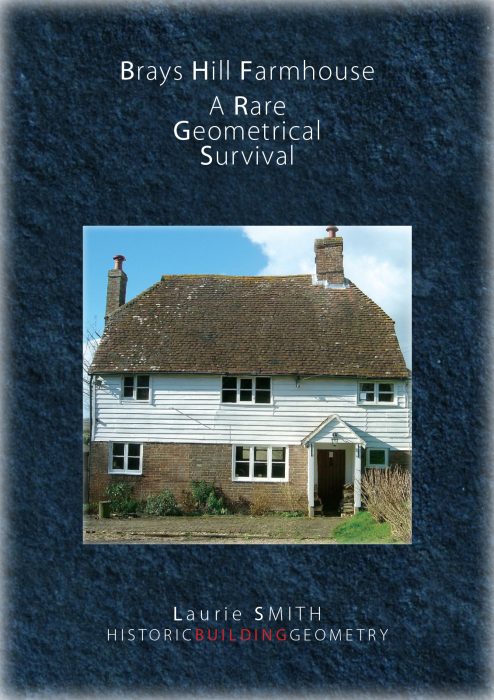 CONTENT Brays Hill Farmhouse, built in East Sussex in 1610, has a largely intact timber frame, has had a thorough archaeological study leading to measured drawings of the building's plan and elevations, and retains a divider-scribed geometrical symbol on the lintel beam of its hall fireplace. Analysis of the geometrical symbol reveals that it is a key to the building's entire design including the floor plan and elevations of the timber frame and, on a smaller scale, the plan and facade of the hall chimney, which was built at the same time. It is the rare survival of a seventeenth century carpenter's geometrical design methodology and shines an illuminating light on the design thinking of the time.